Valley of the Sun - 50 Fathoms 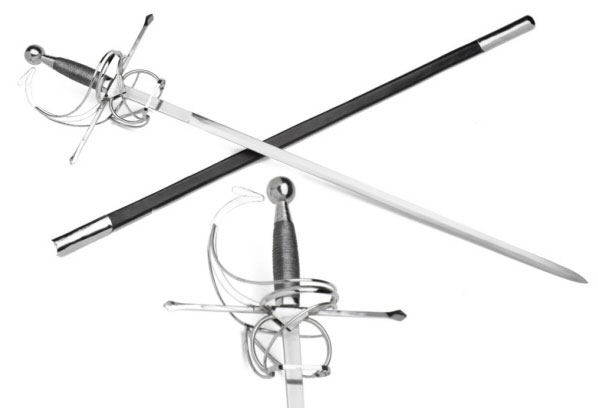 Quote: “Well Monsieur, someone haz to be ze company azzhole…”

Black Anne is the bastard daughter of a French prostitute and a Spanish pirate. Raised alone by her mother, she was left with few, grim career options so she took up her father’s chosen field. She’s known for being ill-tempered and disagreeable but she’s loyal to her captain and crew and is as quick with an insult as she is with her rapier.

She resembles her Spanish father with swarthy complexion, dark hair and eyes and speaks with a French accent.

Anne came to Caribdus aboard the British frigate HMS Lutine on October 9th. of the year 1799. Herself and what little was left of her pirate crew had been captured, their captain killed and sentenced to be hung themselves by the British captain. They occupied the brig when the ship was called by The Maiden. Upon arriving in Caribdus, the Lutine, already badly crippled by it’s passage through the Devil’s Cross was set upon by Kehana. Anne and her crew used the ensuing chaos to fight their way on deck. She lost several of her crewmen fighting the “Devil Fishmen” and the British as well. Anne herself grievously wounded the British captain before stealing a long boat to make their escape. Fortunately, the crew of the Lutine where to occupied to make chase but Captain Lancelot Skynner and the crew of the HMS Lutine still hunt for the escaped pirates to this day. Captain Skinner has vowed to see their sentence carried out and to exact vengeance on Anne for the permanent limp she left him with though she has dismissed it as “Just something to remember me by”.

Over the last few months, Anne and the few remaining crew members have either died or parted ways leaving Anne to survive on her own by hiring herself out as a Sea Rover.

Anne signed up as a rover to the captain of the frigate Rebecca, one Jonas Abraham, running commerce. The ill-fated journey left the Rebecca beached on Torath-Ka, most of the crew dead. Only Anne, a Kraken named Jack, Constantijn Van Gelder, a Dutch musketeer, a Masaquani named Darius Drak and his Grael friend Gronk lived to escape the island. With Darius as their captain. they preceded to form “The Company”. Eventually Anne became captain and crew members came and went but The Company fought pirates, pirated a little themselves, got rich, took over the town of Swinden with Captain Drak as Governor, defeated many a famous pirate such as Black Beard, Red Beard, Anne Bonny, Mary Reed, Edward Low, L’ollonaise and the mad inquisitor Torquenada. To eventually form alliances with most of the powers in Caribdus to save it from the curse of The Sea Hags.

Anne decided to stay in Caribdus, when given the choice by The Maiden, loyal to her crew and the home they had created. Many years have passed as she has dedicated herself to strengthening Swinden. But a former ally, the Dragon Queen out of Deiking now rules the British, the Spanish and the Kieran Empires with an iron hand and is putting a strangle hold on the rest of Caribdus. Anne has decided to gather what heroic crew she can, in search of the artifacts to summon and control the legendary Kraken to stop the Dragon Queens reign…

I'm sorry, but we no longer support this web browser. Please upgrade your browser or install Chrome or Firefox to enjoy the full functionality of this site.